Get Your Divorce Paper Attested By Secure Agencies

The Sultanate of Oman occupies the southeastern coast of the Arabian Peninsula at the convergence of the Persian Gulf and the Arabian Sea. Oman being one of the oldest self-made Arab states is one of the more traditional countries in the Gulf region and was, until the later part of the 19th Century, one of […]
Read More 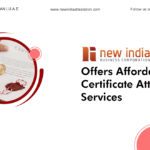 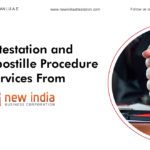